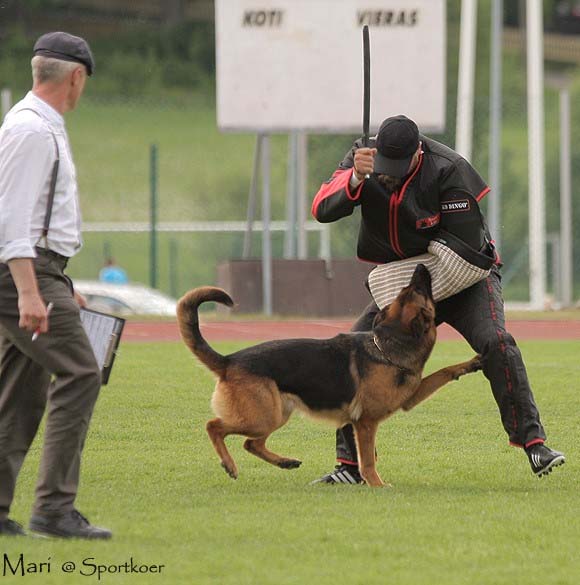 I have been training dogs since early 90-ties.  Training dogs is for me a hobby, what makes a really good balance for everyday business and clears the mind.
Dogtraining is for me passion I really enjoy. I did not image, when I started train dogs, that I would like to be a judge.  I became a judge also more like ” I want to try”.
Anyhow training dogs daily and seeing interesting dogs in seminars abroad it has more and more leaded me to the direction, that I like judging and enjoy to see and valuate the character of the dog combined with the handler training skills.  As a judge I have been explaining all the time to the handlers, that excellent IPO dog means, that he needs to have really brilliant character but it must be also combined with really high level training.  In my eye judging has became much more difficult, than it was earlier. As some 15-20  years ago there was everything more about power and drives and technical part was secondary, the skills of the handlers have grown so much, that the role of technics has grown a lot. That means, that judges must valuate the power and the “wild nature” of the dogs but they must see it also combined with tehcnical part. For sure it is not an easy job, as judging in the field time runs quickly and there is no possibility to slow motion as most of peopledo at home  watcing videos in  computers. I personally think, that good judge must have a certain eye to really see the spirit of dog behind the technical excercise. My experience says, that it is something what is coming with genes and it is not trainable. Some people see it and others not. I have been in the same field training dogs with people who have been training dogs really long and some of them even after all these years cannot see the spirit. I think that the deeper idea of the IPO is, that we need good dogs for the future and so we must valuate this spirit also in the field. 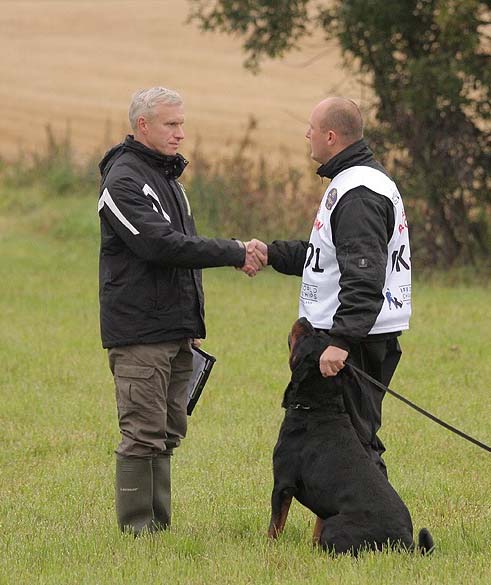 Theme by Anders Noren — Up ↑